Get them out of there!

Posted by Nick
This morning the local talk radio program was filled with voices concerned about the Dear Leader's President Obama's speech to the school kids. Some parents were saying they were going to keep the kids at home today, while others stated they would tell the little ones that the President's words would be explained to them by Mommy and Daddy when they got home.

I asked myself, why, if these parents are so alarmed by this, do they have their children in the Government Indoctrination Camps public schools in the first place? Do they not want to make the sacrifice necessary to send the kids to private school? Or to take the time and effort to homeschool the precious darlings? If your offspring mean that much to you, maybe it's time to make the sacrifices required to do right by them. But that might mean giving up those shiny new cars sitting in the driveway, the meals out, the big screen TV in the living room, and dozens of other lifestyle choices that send hard-earned dollars spiraling down the rat hole.

I also wonder what these parents think goes on everyday in those stolen money tax supported "schools". The public schools were and are designed to produce obedient, unquestioning slaves.

The state propaganda site Daily Kos, unsurprisingly, can't find the propaganda in the help guide to the speech provided to teachers.

The guide at one point asks: Why is it important that we listen to the President and other elected officials, like the mayor, senators, members of congress, or the governor? Why is what they say important?

To which to Kos writer answers (apparently assuming only partisan Republicans are upset by those words, and would be fine with it if Bush II were still in the White House, which, in the case of Republicans, may be true, but misses the point):

Notice that they don't just say Democratic mayors, senators, members of congress, or the governor. Respect should be had for all elected leaders, this is nothing new. We've been told the same thing for a very very long time.

But as critics of public schools have always said, that is precisely the point! Kids must be taught to honor the state, its officials and its government, and to obey and comply with the edicts of the state and its evil minions. Since both major political parties are essentially branches of the state, it matters not which party is in charge of the proceedings. The almighty state marches on, unhindered in its mission of enslavement.

At least statist shills like the Daily Kos admit that loving Big Brother is indeed what we've been told to do "for a very very long time." 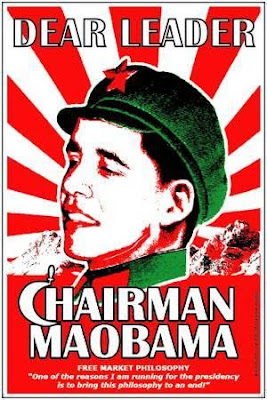