The Prosecution of George W. Bush for Murder 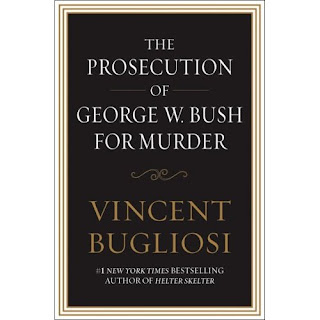 I was in the bookstore a couple of weeks ago and saw Vincent Bugliosi's new book The Prosecution of George W. Bush for Murder

. I had remembered hearing him mention his next book during an interview about his last one, Reclaiming History, on the JFK assassination. He would not say what it was about, but that it would be on a very important topic. I was intrigued but heard nothing more until I saw the book on a table at Hastings. I was surprised as there had been no mentions of it or interviews with Bugliosi on any of the major media outlets (that I had seen anyway). Of course when servant of the almighty state/corporate establishment Tim Russert died, there was non stop coverage of the event. However, when someone of the stature of Bugliosi makes the case that we have a murderer in the White House, the "liberal" media is silent. Just as the evil Nancy Pelosi took impeachment off the table before the Demoncrats even took power after the 2006 elections, the big corporate rats media have pretended not to notice that a major work on the worst President in US history has been published.

I've felt much anger for a long time now that this man, George W. Bush, has gotten away with his terrible crimes. The injustice of it all made my blood boil, but no one seemed to want to make the case that Bush should be in prison. Until Bugliosi. After proving himself a man who cares deeply about truth and justice by writing on the Simpson murder case, the Supreme Court's Bush vs. Gore decision and the truth about the Kennedy assassination (news flash, Oswald did it and he acted alone) Bugliosi comes through with his most important work yet, because if this individual is not prosecuted then America is no longer worthy of being called a free country, or a nation that cares about truth and justice. The lying neocon hypocrite Dennis Prager, who pretends to care about those things, but in reality pushes an evil agenda of mass murder through the aggressive use of the US military, had Vincent Bugliousi on his radio show when Reclaiming History came out and wrote the following: Vincent Bugliosi's remarkable 20-year work on who killed John F. Kennedy has just been published. Containing about a million and a half words and thousands of footnotes, "Reclaiming History" is probably the most detailed examination of one moment in time ever written. He also wrote: I am deeply grateful to Bugliosi for the service he has rendered our country. But I also regret that he had to. I doubt the old white-haired fool will be saying the same about Bugliosi's new work, not after writing this: As for President George W. Bush, he did not "lie" us into war, but used the best assessments that nearly all Western intelligence agencies provided concerning Saddam Hussein building weapons of mass destruction. Listen to Bugliosi on that issue in the video below.

And on the media blackout:

God of the Gaps

Email ThisBlogThis!Share to TwitterShare to FacebookShare to Pinterest
Labels: God of the Gaps 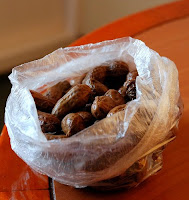 I started a new job a couple of weeks ago. It's okay and I'm getting used to it and the people I work with seem nice enough (though no one is ever really nice enough). On the Friday before last, I ran into Bobby in the parking lot before work and he said we were going to have boiled peanuts on Monday. I had forgotten this when Monday rolled around (well, not completely; something about peanuts and boiling was in the back of my mind all that morning) so when he came around with an open bag and asked "Are you allergic to peanuts?" I knew it was boiled peanut time. However, my first thought on looking into the bag was that these were chocolate covered peanuts due to the very dark, nearly black color of the objects I was presented with. I took one (only one) and it was wet and the shell was very soft, as were the peanuts inside. The taste was quite awful (to my taste buds) but Bobby seemed in love with them, being from Alabama and all. The woman coworker sitting next to me reluctantly took one of the poor things from Bobby's moist bag, but then declared her refusal to even consider eating it. Maybe some ham flavored ones would be more appetizing (everything tastes better with ham in it).
at 6:58 PM 0 comments

Where Have I Been?

Posted by Nick
I've been around, my friends, just not here. The air conditioner was finally fixed, but then I moved, away, away far, sort of anyway. Out of state. But my computer has remained here. Thus I write today, as I have traveled back here for the weekend to write for you and tell you that more is to come, soon.
at 11:21 AM 0 comments

Email ThisBlogThis!Share to TwitterShare to FacebookShare to Pinterest
Labels: Oh where or where have I been?
Newer Posts Older Posts Home
Subscribe to: Posts (Atom)