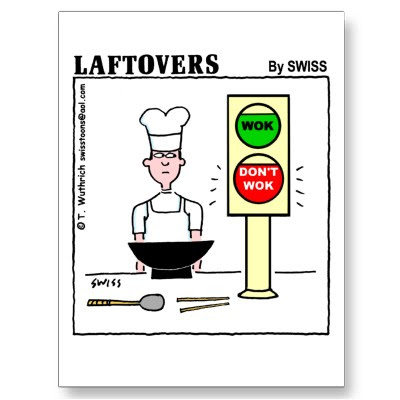 I really don't eat out much any more, except maybe once a week at a fast food place, but that's normally just the drive-thru. For sit-down restaurants I'd guess the frequency of my dining has dropped to possibly once a month, if not less than that.

Your back hurts from standing up for 6, 10 or 14 hours in a row. You reek of seafood and steak spices. You've been running back and forth all night. You're hot. Your clothes are sticking to you with sweat. All sorts of strange thoughts come into your head.

You catch bits and pieces of customers' conversations, while having constantly interrupted ones with your co-workers. "Oh isn't it nice, this restaurant gives money to that save-the-wolves charity." "I can't believe she slept with him. What a slut!" "Yeah, the carpenters are giving us problems. They want more money." "So he says to me, 'I think my escargots are bad,' and I say 'What do you expect? They're snails' AHAHAHAHAHAHAH."

No time to worry about relationship problems, or whether you fed your cat this morning, or how you're going to make rent this month, a new order is up.

The same song is playing again. You're pouring the same cup of coffee for the two-top in the window--the same young couple out on a second date. You give them the same bland customer service smile, and turn and walk by the same tacky decorations and stand in the same place looking out at the dining room floor. Behind you, the busser is scraping the same recycled butter off a customer's plate back into a plastic butter container. This is more than deja-vu.

One night the dishwasher doesn't show up. The dishes start to pile up. Then one of the cooks tries to run the dishwasher and he finds that it doesn't work. The door is dented and the wires cut. No one hears from that dishwasher again.

A restaurant is a miserable place. 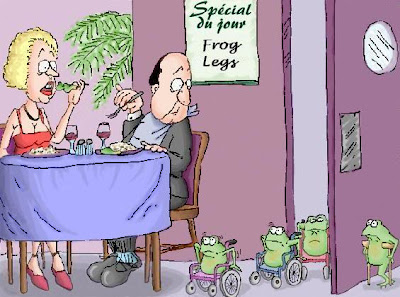 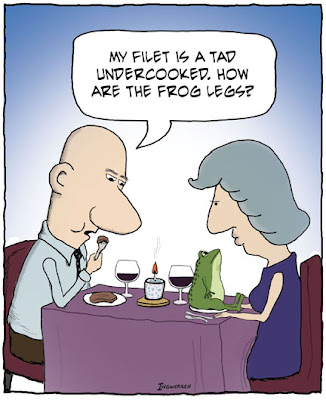