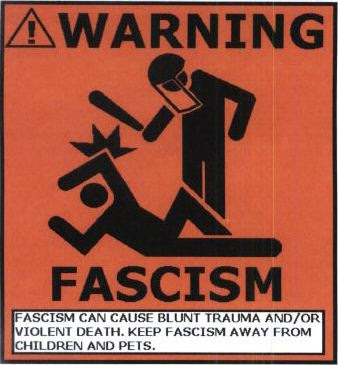 So while it’s possible for a person to be libertarian in the sense of accepting the nonaggression principle, and without formal contradiction simultaneously favor such voluntary forms of authoritarianism as the patriarchal family, the hierarchical employment relationship, and various other forms of cultural domination, Johnson argued that it would be just plain weird. Why would the sort of person with an affinity for that sort of thing draw the line at state authoritarianism, in particular?

Unfortunately, there seems to be a great deal of such authoritarian weirdness among professed libertarians.

A good example is Lew Rockwell’s post of Jan. 28 at LewRockwell.com Blog, in which he appeals to the common understanding of most American workers–in contrast to “trade-union commie” dogma–that

their boss is their benefactor, and that they owe him gratitude as well as hard work.

If the employment contract is–ahem–a CONTRACT between two equal parties for mutual benefit, why should be workers be any more “grateful” to the boss than vice versa? Can you imagine Rockwell’s reaction if some “commie” commenting on a layoff story argued that the workers were the boss’s benefactor, and that he owed them gratitude as well as good pay?

No less a free market libertarian than Herbert Spencer remarked on the cultural holdovers, in the modern wage employment relationship, from the old “regime of status.”

Only, unlike many libertarians of the contemporary right, Spencer thought this was a BAD thing.

What kind of “libertarian” would want to live in the kind of “free market” utopia in which it is impossible to set foot on a road or sidewalk or public square, anywhere on God’s green earth, without being scanned for biometric data or having someone demand “Ihre Papiere, bitte!” All too many, I fear.

In my worst moments, I suspect such libertarians are drawn to libertarianism precisely BECAUSE they are authoritarians.

Here in Northwest Arkansas, Benton County is famous for the kind of bluenose Stepford Wife Republican for whom “God” is spelled B-O-S-S and “Christian businessman” is one word. Bob Jones University alumni, who look like the Hitlerjugend equivalent of Eagle Scouts, are heavily represented in the local GOP organization–which should tell you everything you need to know about the cultural atmosphere. I can generally identify a Republibaptist (a term coined by local newspaper columnist John Brummett) on TV even with the sound turned off, because he’s wearing a navy blue suit and power tie and looks like he’s got a stick up his ass.

The Hoppeans seem to come from the same gene pool. They seem to favor the free market because they believe it will eliminate the state as a constraint on the kinds of local authoritarianism they enjoy, and give them a free hand in playing with the powerless victims in their little killing jars without any outside interference. A “free society,” for them, is a society in which the local petty authority figure is free to brutalize those under his power without hindrance. It’s the freedom of the squire to enclose the land and rackrent his tenants, of the pointy-haired boss to make life hell for Dilbert. You know, the way things were in the good old days, when men were men and sheep were nervous, and people who didn’t look and act like us kept in their place and didn’t whine about their “rights.” I vaguely recall that the Book of the Subgenius included a listing for someone who called himself an anarcho-monarchist, or something of the sort; his slogan was “Every backyard a kingdom, every child and dog a serf.” I can imagine him fitting in well in certain paleolibertarian circles.