Posted by Nick
...Well, maybe it is the last, but then again, I could be lying, just like the politicians who gave us "Cash for Clunkers". It appears that a large number of those who traded in "clunkers" were quite well-to-do, the sort that didn't need a government hand-out in order to afford to buy a new car.

Just another government program sponsored by "liberals" that helped the wealthy and hurt the poor (by removing hundreds of thousands of inexpensive vehicles from the used car market). 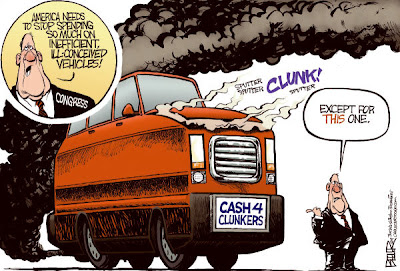 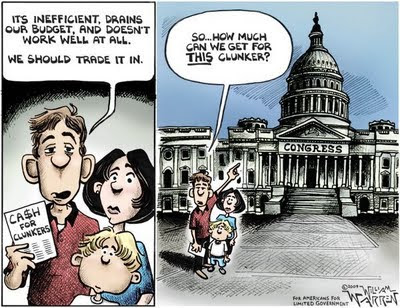 Email ThisBlogThis!Share to TwitterShare to FacebookShare to Pinterest
Labels: Cash For Clunkers