Posted by Nick
Gas boosts hopes of finding life on the Red Planet:

Methane has a short lifetime of just a few hundred years on Mars because it is constantly being depleted by a chemical reaction in the planet's atmosphere, caused by sunlight. Scientists analysing data from telescopic observations and unmanned space missions have discovered that methane on Mars is being constantly replenished by an unknown source and they are keen to uncover how the levels of methane are being topped up.-Life on Mars theory boosted by new methane study 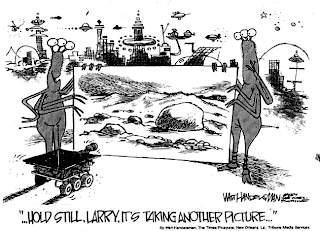