Posted by Nick
The Commentator tells us about a mysterious Christmas card from people he can't identify, prompting me to comment there thusly:

I've received cards like that! Of course, they had another person's name and address on them, but still...

No really I have actually been sent Christmas cards from people I can't remember ever knowing.

I once was even greeted by someone who looked a little like the original host of Good Morning America, David Hartman. The guy even knew my name, but to this day I can't place him at all. 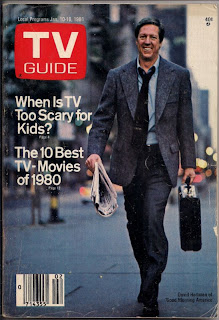 This also got me to thinking about an old post of mine from the very early days of this blog (you might say its infancy) and since all of my original and fantastical Christmas post plans probably won't be realized this year either, though I always anticipate a spectacular holiday series of posts, I thought, just in case, I'll pull this old post out of mothballs and use it again. Why not? Nobody read it the first time. 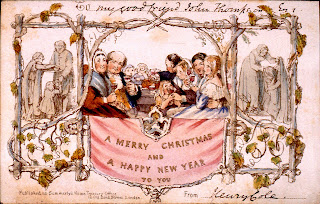 Well, I was late again this year, Christmas card wise, that is. I got one out to my friend early yesterday morning. I had gone to the local Wal-Mart Supercenter to buy it (and a lot of other stuff, some of which I didn't need). But Wal-Marts, especially the Supercenter versions, keep me putting things in the cart, kinda like Costco, but with a smaller bill at the checkout.

I always wonder, when you get a card at a popular store like that (Target would be another one), if the person you're getting it for has already seen it. You know, they were at a Wal-Mart themselves, browsing through the cards, and saw the same card, maybe even looked inside and read the message, particularly if it was one of those funny ones.

Earlier this year, round grad time, I bought a card for someones graduation party. I thought I would be clever and so I ventured into what I figured was a less trafficked greeting card location, a mall store selling only cards and gifts, and with a larger selection of merchandise than the big retail places.

So I bought my card, and liked it too, and hadn't seen it anywhere near a Wal-Mart or a Target in all the times I looked at those fine merchant's wares. My card was unique! Well, at least closer to it than one of those a-million-other-people-bought-the-same-card cards. The day after the party, I walked into the Target on the corner and just happened to be walking toward the candy section (just to look, naturally) and I stopped dead in my tracks. There, right up front, in plain view of the entrance, right where everyone who enters travels by, was MY card. The one I'd bought special, took an extra trip to get, wasted half a gallon of gasoline on, made sure it was the last of its kind, no other duplicate in the store, one of the limited edition they-didn't-order-too-many-of-these cards. They had two stacks of the card at Target. Right up front there for everyone to see.

This time I didn't worry about it. I'd write a nice note of my own inside and so what if she'd seen the same card somewhere. I took the card home and set it aside, but I signed it first, cause my hand writing (penmanship) isn't always the best and I didn't want to be rushed later and mess up and have to go out and get another card, and besides I would take a careful time about it and think of some good things to PRINT for the message itself. I actually hate writing those messages, but I try. I do.

The thing I really hate is when they pass around one of those cards at work for you to sign cause it's someone's damn birthday again, or they're leaving the place for a better job (hell, in that case, they should be getting us a card, saying they're sorry we still have to work there) and you see by the comments that have been written that everyone has already said what you were going to, forcing you to strain your brain to come up with something original, and instead coming up with something that's worded so badly you look like you were trying to be original but failed, only looking pathetic and as if you couldn't express your thoughts clearly if your life depended on it.

Last year, at good old Christmas time, we had a party for ourselves in Customer Service. We were gonna do a potluck, but then found out the company was throwing a pizza shindig or maybe a BBQ (nobody was sure) so it was suggested and decided we would have a "cookie and candy" party. Guess what? We all brought cookies and candy. It was too much, so another department took most of the sickening stuff off our hands. Then we found out the company bought pizza for that other department, but not for us, and that the other department ate those pizzas (about two dozen of them we figured) before we even had our candy and cookies set up on our little table. I got a couple of Christmas cards from some fellow reps at that party, but they had no messages in them, weren't even addressed to me. Weren't even real cards, but came out of a box filled with the same exact card! Just said Merry Christmas on the envelope and only their name inside the card.


Anyway, as I said, I mailed that Christmas card for my friend yesterday. Got it to the post office. Put extra postage on it. On the way home I realized I'd forgotten to write my message inside the card, probably cause I had written it elsewhere, so I could copy it later, so as not to mess up the card itself if I made a mistake while composing my well thought out prose. Oh well, she was one of them that gave me one of them cards without a message and not even my name on it last year.
at 10:39 PM

Email ThisBlogThis!Share to TwitterShare to FacebookShare to Pinterest
Labels: Christmas