Money, They Don't Make It Like They Used To 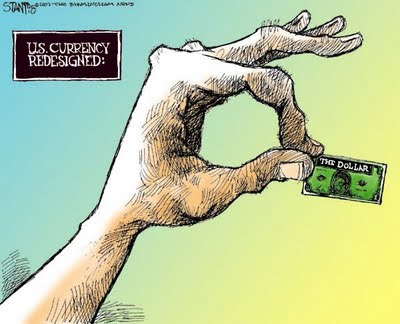 I keep in my wallet a silver quarter given to me by a friend. It's a 1964 quarter, the last year quarters and dimes for circulation were made of 90% silver. The funny money fraud was almost complete after 1964.

And, since inflation has so devalued the dollar, it really does make sense to get rid of the paper one dollar bill. Consider that today's dollar is worth about what a dime was 100 years ago. Would you carry paper dimes around in your pocket?

Numerous attempts to get the American public to use dollar coins, however, have failed, no doubt primarily due to the fact that the paper version of the denomination continues to be printed. But is it really public demand that keeps the paper one dollar bill alive?

Scratch beneath the surface of anything seemingly irrational that government does, and you're likely to find some private interest that profits from the policy (which is why "capitalism", a state supported system of plutocratic privilege, is not the same as the free market). So what or who could possibly gain from the printing as opposed to the coining of dollars? Well, government workers who are employed by the counterfeiting agency, for one. The Government Accountability Office estimated the savings from elimination of paper ones and their full replacement with dollar coins would save about half a billion dollars a year.

That old fraud (good riddance) Ted Kennedy was one legislator who made sure a certain special interest located in Massachusetts wouldn't have its share of the loot stolen from taxpayers reduced. The company in question? Crane Paper Company, makers of paper used to produce currencies.

It's time to end the fraud altogether, by Ending the Fed 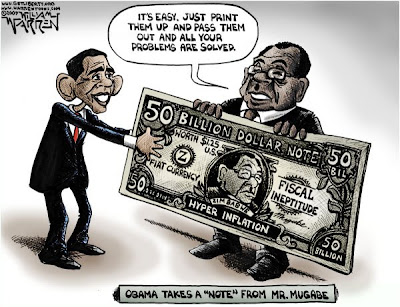