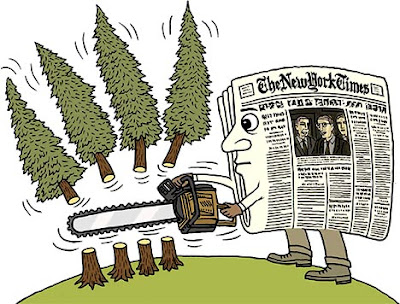 A Sunday post should be early in the morning, like a big fat Sunday paper, which I haven't read for years. I used to love the newspaper on Sundays, and sometimes I read more than one. I enjoyed all the features, loved the book review section, relaxed each week with the comics (in color!) and ended up with segments of newsprint scattered all over the living room. Now the dead tree media is virtually dead; I mean, who except the geezers get their news that way anymore?

So, I've been thinking of Sunday. I'm still planning to have regular features here on Sunday, it's just a matter of actually writing them. I'm going to bring back our Sunday Food feature (and if anyone out there wants to contribute to it or guest post for it, let me know) which of course will be about food, in one way or another.

I also have an idea for three rotating series that would appear on Sunday; Bob's Bakery; Bubba's Ice Cream Parlor; and The Block. Each will have a regular cast of characters and stories revolving around everything from politics and philosophy to humor, entertainment and current events. The idea may even have been inspired by the old NBC Sunday Mystery Movie, which featured a number of different series, most prominent among them Columbo, McCloud and McMillan and Wife.


Starring Peter Falk as Columbo! Oh how that sentence would thrill me in my youthful pajamas (actually, I can't really remember if I wore pajamas at that hour on Sunday evenings or not, but I do want to emphasize how young I was at the time, so please, picture me in pjs, preferably the kind with the built-in feet). And oh how I would be equally downcast upon hearing the announcer utter the dreaded words Starring Dennis Weaver as McCloud, or any of the others, for that matter, for all that mattered when it came to a Sunday Mystery Movie, in my child's opinion, was Columbo.

Of course, none of these Sunday ideas may ever happen, but I have fun thinking them up.

And back to newspapers. We all know they're slowing dying out. The local daily here is now running commercials telling everyone how many readers they have (one million a week!) as if that means they're as healthy as ever. They don't say, of course, what their actual circulation is, which can't be one million, as more than one person reads many of those individual papers, so they say readers, so they can also say one million, and who can say how accurate such a figure is? Copies of the paper you can count, readers, who the hell knows for sure? They don't tell us in those ads how far their circulation has fallen, or that it's mostly the over 65 age group that gets their news, local or otherwise, from that expiring medium.

The other day at work, a co-worker said she was going to the movies. I asked which movie she wanted to see. She replied that she didn't know what movies were playing. I told her I didn't either, that in fact I have not known what movies are currently in theaters for quite a while, ever since the newspaper disappeared from my life. Newspapers are for old people, she replied, this is a new generation, with new ideas and a new outlook and so move along old fogies, we're taking over and getting our movie schedules from the internet. She then turned and went online to find out what the local multiplex was featuring this week. And even though I get most of my news online, I still have never looked up what's playing at the movies that way. When I get ready to go see a movie again, I'll buy a paper, if there is still one being published. Perhaps, like Columbo and his raincoat and car, there are just some old things I'm not yet ready to give up. 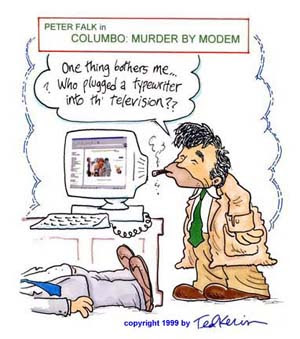