Posted by Nick
On October 30, 1938, Orson Welles and the Mercury Theatre on the Air presented an adaptation of H.G. Wells' The War of the Worlds. The show was presented in the form of news bulletins reporting an invasion from the planet Mars, which led many to believe an actual invasion by the Red Planet was occurring. 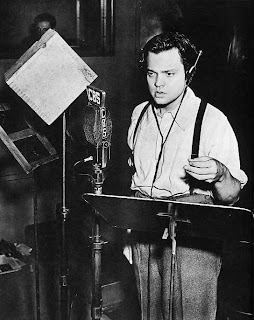 There was a very good TV movie made about the famous broadcast that premiered on October 31, 1975, on the ABC television network, called The Night That Panicked America.

, with Welles and other historical figures involved with the Halloween eve broadcast as characters.