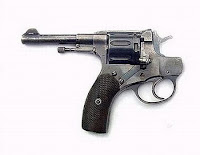 I really don’t like talking about guns, so as the title implies, I promise to make this the last post of its kind for a while.
Gun control is not the slippery slope towards disarmament, it is the method by which gun ownership can continue unopposed. In this article, I’ll be talking about two things in particular: the mythology behind guns and a practical solution to enabling near unrestricted gun ownership.
What probably sparked this article more than anything was a marvelously written piece entitled, “The Myth of the Hero Gunslinger.” I have long held that gun owners are part of their own little cult, so the title alone intrigued me. This article discusses the reality of violent attacks.

The most pertinent part of the article is as follows:

Now, in the view of the more-guns proponents, Zamudio might have been able to prevent any carnage, or maybe even gotten off a shot before someone was killed.

When everyone is carrying a firearm, nobody is going to be a victim,” said Arizona state representative Jack Harper, after a gunman had claimed 19 victims.

“I wish there had been one more gun in Tucson,” said an Arizona Congressman, Rep. Trent Franks, implying like Harper that if only someone had been armed at the scene, Jared Lee Loughner would not have been able to unload his rapid-fire Glock on innocent people.

In fact, several people were armed. So, what actually happened? As Zamudio said in numerous interviews, he never got a shot off at the gunman, but he nearly harmed the wrong person — one of those trying to control Loughner.

He saw people wrestling, including one man with the gun. “I kind of assumed he was the shooter,” said Zamudio in an interview with MSNBC. Then, “everyone said, ‘no, no — it’s this guy,’” said Zamudio.

To his credit, he ultimately helped subdue Loughner. But suppose, in those few seconds of confusion, he had fired at the wrong man and killed a hero? “I was very lucky,” Zamudio said.

It defies logic, as this case shows once again, that an average citizen with a gun is going to disarm a crazed killer. For one thing, these kinds of shootings happen far too suddenly for even the quickest marksman to get a draw. For another, your typical gun hobbyist lacks training in how to react in a violent scrum.

I don’t think these are reasons to disarm the citizenry. That’s never going to happen, nor should it. But the Tucson shootings should discredit the canard that we need more guns at school, in the workplace, even in Congress.


That is reality. Radio Bloger pointed out quite plainly with videos he posted just how quick and confusing shootouts can be. Life isn’t like Hollywood, and we aren’t all action heroes with lightning fast reflexes, perfect aim, or the ability to identify the correct target instinctively.

While the shooting in Tucson was tragic, there’s something interesting and rare about it: the killer was caught. In the time between the shooting and now, hundreds of people have been killed by guns in America. Literally hundreds. Only a fraction of the killers have been caught. What can we actually do about this?

One proposed solution which I am a huge fan of is identification, not just of the owners, but of the bullets.

We have the capability to stamp every bullet sold in the US with a unique ID which can be traced to the point of purchase. This would be an invaluable tool for tracking down the source of weapons used in crimes. What’s most important, however, is that it would not infringe on any citizen’s right to own firearms.

This solution can’t solve every murder, and it probably won’t prevent many, but it may cause some people to rethink their actions if a bullet can be traced back to them, and it could be used to catch some killers.

I don’t think there is any way of preventing violence outright, either through banning guns or encouraging everyone to have one. What we do know, however, is that gun ownership does not make you safer. States with higher rates of gun ownership lead the nation in homicide, and a study at the University of Pennsylvania found that “people with a gun were 4.5 times more likely to be shot in an assault than those not possessing a gun.”

This is reality, stripped of all the gun rhetoric shoved in our faces by big-money lobbyists like the NRA. While I have no interest in standing in the way of you owning a firearm, you just have to ask yourself one question: am I actually safer owning a gun?

Email ThisBlogThis!Share to TwitterShare to FacebookShare to Pinterest
Labels: guns