There was a Thanksgiving gathering, with all generations around the table.

Mischievous teenagers put a Viagra tablet into Grandpa's drink, and after a while, Grandpa excused himself because he had to go to the bathroom.

When he returned, however, his trousers were wet all over.

"What happened, Grandpa?" he was asked by his concerned children.

The History of Thanksgiving

Well, the ham and turkey are both in the oven (yes, we've got both this year) and both are fully cooked, the turkey a fully cooked Butterball and the ham a spiral cut honey from a mail-order company. The ham label warns against over heating (not over cooking as it's already cooked) as that will dry it out and the natural juiciness will we gone. Auntie got involved, however, telling an old story of a fully cooked Farmer John ham that wasn't (she says). I have to say, I think we're dealing with apples and oranges here, even though both are hams. This one just needs to be heated, not cooked, but after an hour in the oven, Auntie cut it with a knife (it's already partly sliced) and declared "Look at all the juice in there, it's all wet, it needs to go a lot longer." I have to ask, am I the only sane person on Thanksgiving? 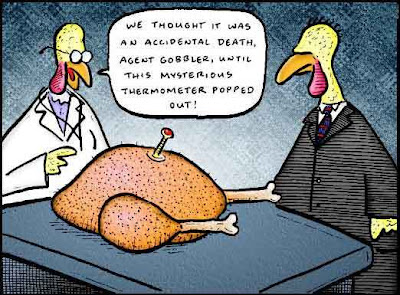 I have some Thanksgiving text messages, emails and calls to make. I spoke to my dad this morning and he has to work today. He took a job at Walmart for some extra money, so he won't be having Thanksgiving dinner this year. 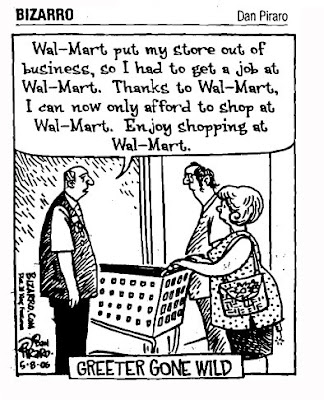