The Thanksgiving That Almost Wasn't 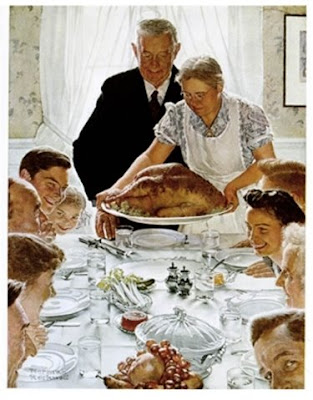 My title for this post sounds like the name of an old TV movie, doesn't it? Well, sometimes life feels like a bad TV movie. Actually, I can't believe it's already Thanksgiving week. I HAD PLANS! I mean, for the blog. Big plans, epic Thanksgiving posts, if ya know what I mean. You may not get them now, at least not this year, but really, be grateful I didn't just take the week off. I could have, after all, I've got lots of DVDs to watch.

My mom was supposed to have Thanksgiving at her house this year. It was all planned and set. My mom was looking forward to seeing the grandchildren and having a happy time. "You'll have to come," Mom said to me over the phone. "I have lots of food I ordered from a catalog and we'll have Thanksgiving here. Your sister is coming too, with that Jeffery she knows."

A catalog? "Yeah, I had to, I don't have the money to go buying food at the store right now. With this I don't have to pay until next April and they deliver Thanksgiving week."

"Well, you never said anything so I did what I had to do. It's expensive, over three hundred dollars, but its lots of food, more than we can eat probably."

"Mom, you never asked me or told me anything. Of course I would have bought the groceries for you."

"I'm sure if I'd mentioned it you wouldn't have listened and would have just ignored me."

I got a call the next morning:

"Well, your sister isn't going to be here for Thanksgiving."

"Her car isn't in good shape and Jeffery's car has bald tires. They said they can't drive the long distance out here."

"I don't know. But we'll just have to go to her house instead. You'll have to come out here and pick me up, I guess."

"Well, your sister won't be there for Thanksgiving."

"Yeah, that Jeffery has a rich uncle way up the coast. He lives in a mansion and is putting on a huge feast and party. It's an opportunity they just can't pass up."

"I thought his car had bald tires. How are they going to make it up there?"

"Oh I don't know! Don't ask me those questions. Anyway we'll have to have our dinner on Friday. They'll be back then."

"Friday? That's not the holiday, and besides, I have to work Friday."

"Well, there's nothing I can do about that. We'll just have to make do somehow and have our Thanksgiving the next day."


The next morning it was Mom on the phone again:

"Your sister won't be back in time for Friday, looks like we'll just have Thanksgiving at my house, just you and me."


"Well, Auntie called, she'll be all alone this year. Last year it was just her and her ex-husband and she didn't even cook a turkey, just threw a small chicken in the oven. I think we should have it at her house."

"Change of plans. We're having it at your cousin's house now. Since I ordered all this food though, I told them not to make anything or buy anything for the dinner. I'll be bringing everything".


I got to Mom's house late Monday night.

"Well, where's all the stuff from that catalog company," I asked.

I took a quick look.

"Yeah, what a jip! I though it would be tons of food. From the pictures it all looked bigger! Look at the size of the cheeses and the nut loafs. I thought they would be full size from the prices they charge."

I grabbed one of the banana nut loafs. It fit nicely in the palm of my hand, with room to spare. The turkey and ham were big enough for Thanksgiving dinner, if you weren't too hungry and it was only for two.

We went to the store and bought the extra food Mom would need to feed that many people.

"I thought you were getting a pecan pie from Cracker Barrel."

"I am, but they might like pumpkin too. It's more traditional." The pumpkin pie went in the cart. 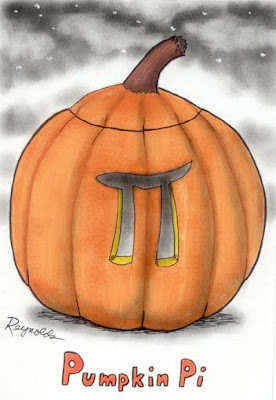 Mom added more and more items until the cart was full.

"That should do it," she said.

It certainly should. I didn't want to look at the total at the checkout.

"I want to fix it all ahead of time. You know how that kitchen over there is. We'll take it over and heat it at your cousin's house. It'll be a feast, that's for sure. Besides, I want to make my sister look bad. She always runs me down, but wait until everyone sees the meal I've prepared."

Mom made me taste her mashed potatoes three times, to see if they had enough salt. 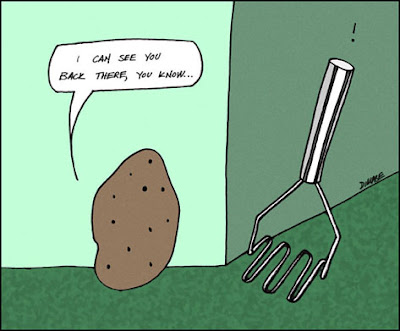 She's still going at it. I have to go now. Another trip to the market for some more ingredients. This may or may not be the best Thanksgiving ever, but it sure will be the most expensive.