Anyone's a Terrorist: Fear-mongering Machine Takes Over US

Posted by Nick
Presidential authorisation for the military to detain terror suspects without charge or trial has left Americans wary.

With its "new" powers to lock up without trial and murder US citizens at the drop of a hat, the US goverment is of course the ultimate terrorist oragnization. It has even labeled its enemies as those who oppose it and its acts of aggression: "Anti-government extremists opposed to taxes and regulations pose a growing threat to local law enforcement officers in the United States, the FBI warned"-FBI warns of threat from anti-government extremists


Well, it's time to set the record straight as to who the real extremists are! Obviously it is those who support the world's leading terrorist group and want to subect you to its evil. 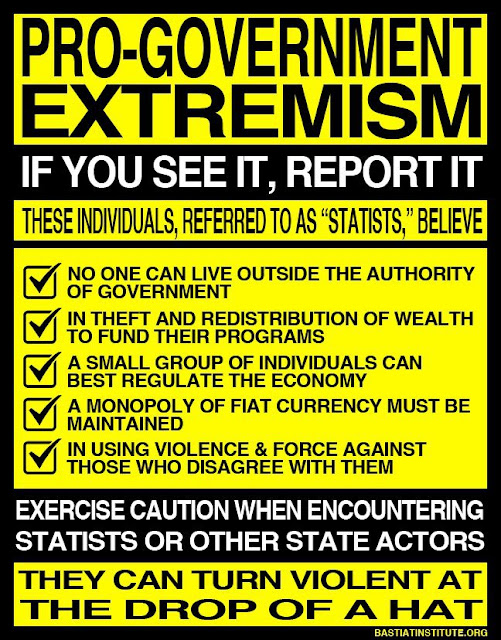