Posted by Nick
It happened on my grandmother's birthday. Seared into the memory of all who were alive and old enough to know what was going on.
Dave Powers Interview 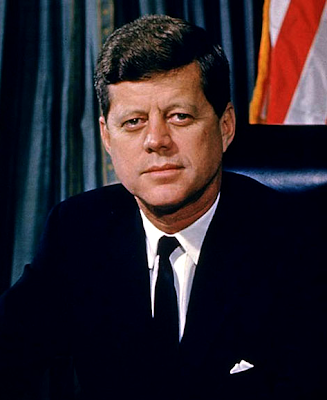 The assassination and subsequent slaying of shooter Lee Harvey Oswald shocked the country. In the five decades since, the assassination continues to capture the imagination of authors, filmmakers and the public. It has sparked hundreds of conspiracy theories and studies into who — if not Oswald — was behind Kennedy’s slaying. Robert Blakey, an attorney who served in the Justice Department in the 1960s and worked on drafting the Racketeer Influenced and Corrupt Organizations act, served on the House Select Committee on Assassinations that was established in 1976 to investigate the assassinations of both Kennedy and Martin Luther King Jr.

On anniversary of JFK assassination, investigator looks back- Q&A with Robert Blakey, former chief counsel of House Select Committee on Assassinations
at 5:44 AM