Posted by Nick
Republicans will opine that their presidential candidate was flawed. In reality, it's the Republican message that is deeply flawed. Yeah, Mitt Romney was a flip-flopping candidate but that's not unusual with the political class. What really sunk the GOP Tuesday night is the total lack of a viable message to solve big problems combined with social conservatives who scare voters away. Moving forward, I do believe that the conservative movement has an awesome opportunity to rebuild the party and get rid of its destructive elitist command and control hierarchy that is arrogant and clueless beyond belief. I also believe that there is an energized youth movement to get the Republican Party back on track by advocating for less federal powers, less spending, less war and less civil liberty crushing legislation like the Patriot Act and NDAA. The District of Crime has become a feeding trough for voracious corporatist pigs gorging on tax dollars as well as a gargantuan symbol of the concentration of wealth and power. Winning the future and winning the hearts and minds of the people by advocating for peace, liberty and prosperity absolutely requires shoveling out the filth, rot and decay that has destroyed American conservatism and infested the Republican Party with a fatal disease. Losing isn't the worst thing that can happen. Losing should be a time for profound soul searching to figure out what has gone wrong and why. Losing can be replenishing, cleansing and ultimately a good thing. The Republican Party stands no chance of ever rising again until the day dawns when the GOP actually stands for something besides big government, big spending, big deficits, big piles of debt, big corporate welfare, big bankster bailouts and endless wars.-The Dawn of Hope: Time for GOP Soul Searching on Why it Failed
Judy Morris Report - Real News for Real People 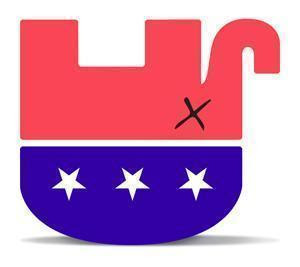 Email ThisBlogThis!Share to TwitterShare to FacebookShare to Pinterest
Labels: blog of the moment