Posted by Nick
Every Sunday we'll be posting some Jesus stuff, so don't miss out! Follow this blog now!


How Belief In The Resurrection Started

If it needs it, click the cartoon to enlarge it! It'll get really BIG, trust us

13 And behold, two of them were going that very day to a village named Emmaus, which was about seven miles from Jerusalem. 14 And they were talking with each other about all these things which had taken place. 15 While they were talking and discussing, Jesus Himself approached and began traveling with them. 16 But their eyes were prevented from recognizing Him. -Luke 24:13-16 (New American Standard) 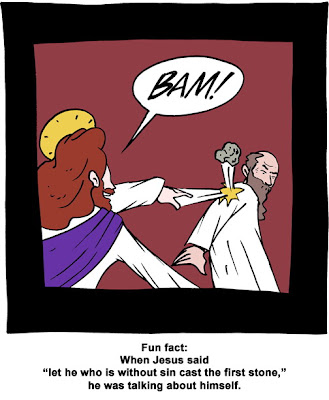