Posted by Nick
...from the bottom up.

Today's dollar is worth just 3 cents in 1913 dollars. That's how thoroughly the Federal Reserve

has destroyed the value of your money.

Since its inception, the U.S. Federal Reserve’s monetary policies have led to a decline of over 95% in the purchasing power of the U.S. dollar. As a result, there have been several attempts to curtail or eliminate the Federal Reserve’s powers...In contrast to these attempts at the national level, a paper I recently presented at the Mises Institute’s “Austrian Scholars Conference” proposes an alternative approach to ending the Federal Reserve’s monopoly on money: the “Constitutional Tender Act”, a bill template (first introduced by Georgia State Rep. Bobby Franklin) that can be introduced in every State legislature in the nation, returning each of them to adherence to the U.S. Constitution’s “legal tender” provisions of Article I, Section 10.

Such a new tactic could achieve the desired goal of abolishing the Federal Reserve system by attacking it from the “bottom up” – “pulling the rug out from under it,” by working to make its functions irrelevant at the State and local level.

Ending the Fed From the Bottom Up


Seven Ways to Compute the Relative Value of a U.S. Dollar Amount, 1774 to Present 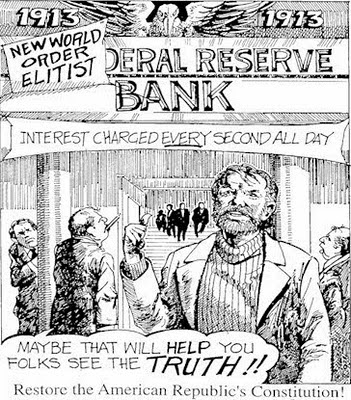 Is the Federal Reserve Engaged in Acts of Economic Warfare Against America?