Posted by Unknown
Seriously, this isn’t a joke. It happened.

2011 has been a horrible year for bad men. First, Osama bin Laden was found and killed. Then, Moammar Gadhafi was captured and killed (in what may turn out to be a war crime). Now, Kim Jong-il has died of “physical and mental over-work.” He had led the country since 1994. He was 69. 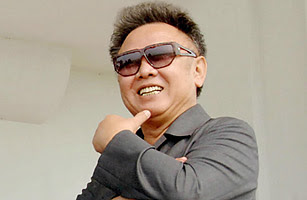