Drink up, You Old Coot 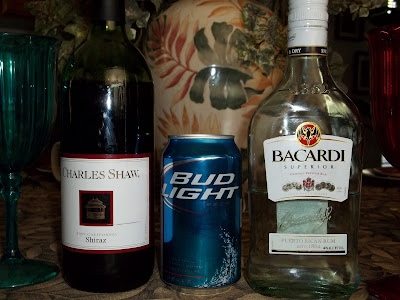 These might be good for you, so take your pick


Yeah, you, you know who you are. If you're 75 or older (which means you probably aren't reading this but instead still rely on a daily printed newspaper for your news...okay, so many, many older people are online) a study says you can decrease your chance of getting dementia and being a near vegetable in your final years by drinking. Apparently wine wasn't the magic specific magic sauce (hey, I know that I used the word sauce twice, but I'm blaming the wine), any alcohol will do, including beer and mixed drinks. As they point out, however, that doesn't mean getting regularly plastered, as that can actually do long term harm to your memory, which if I remember correctly, is what Alzheimer's disease can do to you. So, anyway, uh, gee, I forgot what I was going to write. Oh, hell, the link is below.

But those consuming alcohol had approximately 30 per cent less overall dementia and 40 per cent less suffered Alzheimer's disease than did non-drinking subjects.

"No significant differences were seen according to the type of alcoholic beverage consumed," said the report.

"Overall, these results are similar to several previous studies in the very elderly and suggest that moderate drinking is associated with less dementia, even among individuals aged 75 and older."

The authors conclusions suggests that light to moderate alcohol consumption is inversely related to incident dementia, also among individuals aged 75 years and older.-Moderate drinking in old protects against dementia

So, open up a bottle of something, old timer. Myself, I used to prefer rum. It tastes good, not like that gasoline called vodka which makes everything you mix it with taste like crap, plus, pirates drank it!