Highlights from the Declaration of Causes

Posted by Unknown
Some people try to glorify the Civil War. Perhaps it is out of some misguided romanticism with rebellion, or perhaps out of complete naivety of history and the horrors of war.

Let me set some facts out for you. South Carolina seceded before Lincoln was even sworn in. Basically, slave-holding states began throwing a hissy fit over the election of Lincoln that ended with 7 states seceding by February, before Lincoln took office. The arguments regarding Lincoln and “his policies” are ridiculous, because he hadn’t done anything but publicly oppose the expansion of slavery in new territories. But this was enough to stir a bloody revolution.

Four of the eleven states that would eventually compose the Confederate States wrote detailed (though occassionally rambling) accounts for the “causes.” These Declaration of Causes can be read here in their entirety. Slavery is mentioned 82 times. Three of the four (South Carolina, Texas, and Georgia) refer to those that left the union as “the slave[-]holding states” several times.

The people of Georgia having dissolved their political connection with the Government of the United States of America, present to their confederates and the world the causes which have led to the separation. For the last ten years we have had numerous and serious causes of complaint against our non-slave-holding confederate States with reference to the subject of African slavery. They have endeavored to weaken our security, to disturb our domestic peace and tranquility, and persistently refused to comply with their express constitutional obligations to us in reference to that property, and by the use of their power in the Federal Government have striven to deprive us of an equal enjoyment of the common Territories of the Republic.

The party of Lincoln, called the Republican party, under its present name and organization, is of recent origin. It is admitted to be an anti-slavery party. While it attracts to itself by its creed the scattered advocates of exploded political heresies, of condemned theories in political economy, the advocates of commercial restrictions, of protection, of special privileges, of waste and corruption in the administration of Government, anti-slavery is its mission and its purpose. By anti-slavery it is made a power in the state. The question of slavery was the great difficulty in the way of the formation of the Constitution. While the subordination and the political and social inequality of the African race was fully conceded by all, it was plainly apparent that slavery would soon disappear from what are now the non-slave-holding States of the original thirteen.

This is the party two whom the people of the North have committed the Government. They raised their standard in 1856 and were barely defeated. They entered the Presidential contest again in 1860 and succeeded.
The prohibition of slavery in the Territories, hostility to it everywhere, the equality of the black and white races, disregard of all constitutional guarantees in its favor, were boldly proclaimed by its leaders and applauded by its followers.
With these principles on their banners and these utterances on their lips the majority of the people of the North demand that we shall receive them as our rulers.
The prohibition of slavery in the Territories is the cardinal principle of this organization.

The Constitution declares that persons charged with crimes in one State and fleeing to another shall be delivered up on the demand of the executive authority of the State from which they may flee, to be tried in the jurisdiction where the crime was committed. It would appear difficult to employ language freer from ambiguity, yet for above twenty years the non-slave-holding States generally have wholly refused to deliver up to us persons charged with crimes affecting slave property.

And that’s just Georgia. Mississippi’s is much more to the point, being just a page long. Some of my favorite lines:

In the momentous step which our State has taken of dissolving its connection with the government of which we so long formed a part, it is but just that we should declare the prominent reasons which have induced our course.

Our position is thoroughly identified with the institution of slavery-- the greatest material interest of the world. Its labor supplies the product which constitutes by far the largest and most important portions of commerce of the earth. These products are peculiar to the climate verging on the tropical regions, and by an imperious law of nature, none but the black race can bear exposure to the tropical sun. These products have become necessities of the world, and a blow at slavery is a blow at commerce and civilization. That blow has been long aimed at the institution, and was at the point of reaching its consummation. There was no choice left us but submission to the mandates of abolition, or a dissolution of the Union, whose principles had been subverted to work out our ruin.
…

It has grown until it denies the right of property in slaves, and refuses protection to that right on the high seas, in the Territories, and wherever the government of the United States had jurisdiction.

It refuses the admission of new slave States into the Union, and seeks to extinguish it by confining it within its present limits, denying the power of expansion.
It tramples the original equality of the South under foot. [The South and North no longer had equal representation in government.]

It has nullified the Fugitive Slave Law in almost every free State in the Union, and has utterly broken the compact which our fathers pledged their faith to maintain.
It advocates negro equality, socially and politically, and promotes insurrection and incendiarism in our midst.
…

South Carolina’s causes are far more legalistic, and basically state that slavery is protected by the Constitution, and that Republicans are hell-bent on ending slavery. Outrages such as the prevention of slavery in the Northwestern territories and the economic losses that would result from complete abolition were also cited.

But Texas… you can’t always count on them to bring their A game when it comes to ignorance.

Texas abandoned her separate national existence and consented to become one of the Confederated Union to promote her welfare, insure domestic tranquility and secure more substantially the blessings of peace and liberty to her people. She was received into the confederacy with her own constitution, under the guarantee of the federal constitution and the compact of annexation, that she should enjoy these blessings. She was received as a commonwealth holding, maintaining and protecting the institution known as negro slavery-- the servitude of the African to the white race within her limits-- a relation that had existed from the first settlement of her wilderness by the white race, and which her people intended should exist in all future time. Her institutions and geographical position established the strongest ties between her and other slave-holding States of the confederacy. Those ties have been strengthened by association.

In all the non-slave-holding States, in violation of that good faith and comity which should exist between entirely distinct nations, the people have formed themselves into a great sectional party, now strong enough in numbers to control the affairs of each of those States, based upon an unnatural feeling of hostility to these Southern States and their beneficent and patriarchal system of African slavery, proclaiming the debasing doctrine of equality of all men, irrespective of race or color-- a doctrine at war with nature, in opposition to the experience of mankind, and in violation of the plainest revelations of Divine Law. They demand the abolition of negro slavery throughout the confederacy, the recognition of political equality between the white and negro races, and avow their determination to press on their crusade against us, so long as a negro slave remains in these States.

We hold as undeniable truths that the governments of the various States, and of the confederacy itself, were established exclusively by the white race, for themselves and their posterity; that the African race had no agency in their establishment; that they were rightfully held and regarded as an inferior and dependent race, and in that condition only could their existence in this country be rendered beneficial or tolerable.

That in this free government *all white men are and of right ought to be entitled to equal civil and political rights* [emphasis in the original]; that the servitude of the African race, as existing in these States, is mutually beneficial to both bond and free, and is abundantly authorized and justified by the experience of mankind, and the revealed will of the Almighty Creator, as recognized by all Christian nations; while the destruction of the existing relations between the two races, as advocated by our sectional enemies, would bring inevitable calamities upon both and desolation upon the fifteen slave-holding states.

By the secession of six of the slave-holding States, and the certainty that others will speedily do likewise, Texas has no alternative but to remain in an isolated connection with the North, or unite her destinies with the South. 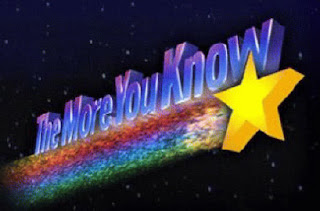