FBI Foils Their Own Terrorist Plot

Posted by Nick
FBI yet again foils their own fake terrorist plot, this time targeting the NY Federal Reserve

At this point I wish I could laugh at the absurdly obvious nature of the federal government’s involvement in the manufacture of domestic terrorism, but unfortunately it is far too serious a matter.

For those who think the most recent case of 21-year-old Bangladeshi national Quazi Mohammad Rezwanul Ahsan Nafis and the Federal Bureau of Investigation’s (FBI’s) major role in said case is something of a fluke, think again. 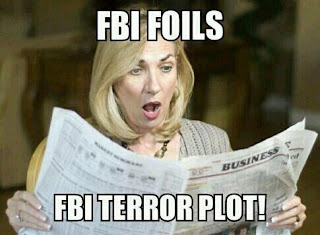