Bret Alan on the Penrose Triangle

This is my favorite shape. It's called a Penrose Triangle, and it's something known as an "impossible object." It can be drawn on paper, but it cannot be constructed in real life. I find this concept to be very interesting, as I find not only shapes which meet this criteria, but ideologies as well.-Bret Alan 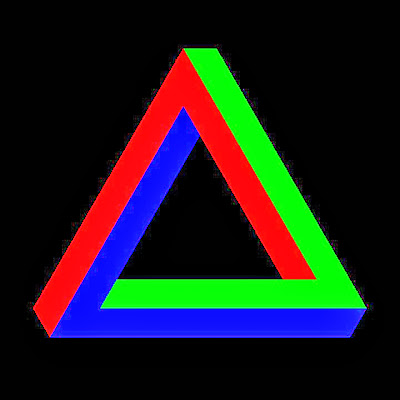 The Penrose triangle, also known as the Penrose tribar, is an impossible object. It was first created by the Swedish artist Oscar Reutersvärd in 1934. The mathematician Roger Penrose independently devised and popularised it in the 1950s, describing it as "impossibility in its purest form". It is featured prominently in the works of artist M. C. Escher, whose earlier depictions of impossible objects partly inspired it.-Wikipedia: Penrose triangle And, while you can't create an actual 3-D Penrose Triangle sculpture, you can create one which gives the optical illusion of one: 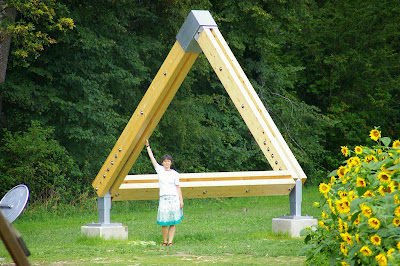 And for your information and entertainment, some links:
How to Draw an Impossible Triangle
Impossible Penrose Triangle: Now Possible With 3-D Printing? [Updated]

The trick of a Penrose triangle is that each joint appears to be connected at a right angle -- meaning that the bottom right edge of the triangle should connect above the left-most edge, but in fact looks like it is below. You can't realize that shape in 3-D without resorting to some sort of optical illusion.