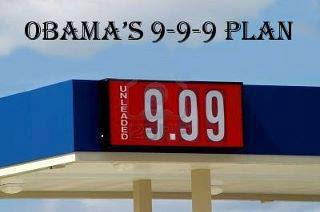 In all seriousness, though, where will gas prices really go? Currently, pump prices are spiking due to speculators in the oil futures market, believing instability in the Middle East could lead to shortages if war breaks out. The war drums are beating loudly, of course, lead by the filthy Israel lobby and its shills. Some oil analysts don't believe we are going to see even $5.00 a gallon gasoline (though it has already reached that or near it in many US markets), for a number of reasons, including that demand has actually fallen over the last couple of months.

Meanwhile, Pat Buchanan warns of $6.00 a gallon gas by November, and that Obama's (and his whore-like fake liberal supporters who plan to vote for him to "spite" Republicans) re-election hopes may be dashed as prices continue to record highs.