Flashback - New Black Panther Party: "You Want Freedom! You Gonna Have To Kill Some Crackers!"

Posted by Nick
The real virulent hatred for those with a different skin color comes not from whites (who elected Barack Obama President) but from non-white racist scum.

This is the same New Black Panther Party that put out a bounty on victim of racism George Zimmerman's head. Let's make it clear, in a nation of statist "liberals" who oppose anarchism, the rule of law should, well, rule, so where is the "Justice" Department, where is the "law" enforcement, where are the condemning statements from Barack Obama, Jesse Jackson, Al Sharpton (perhaps their horrified reactions to this disgusting act of terrorism were just buried in the media frenzy), on this: 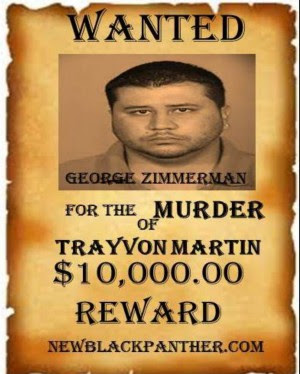 There is no respect for law or justice or due process when you can freely offer a reward for someone's kidnapping and murder. Plus, guess what, it's supposed to be illegal to do that. But, when you're black in Obama's America, apparently the law doesn't apply to you.
at 12:04 AM