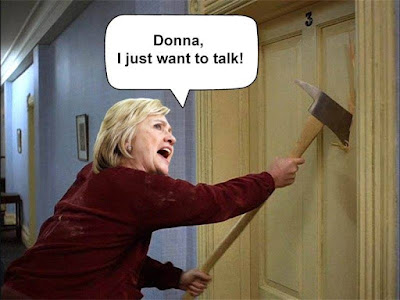 Brazile, the first Black woman to direct a major presidential campaign, took the helm of the DNC after former chairperson Debbie Wasserman Schultz resigned in July 2016. Donna Brazile explained how she had to make a difficult phone call to Bernie Sanders to explain if and why Hillary Clinton’s team had rigged the Democratic nomination process as revealed in the emails. “I had promised Bernie when I took the helm of the Democratic National Committee after the convention that I would get to the bottom of whether Hillary Clinton’s team had rigged the nomination process, as a cache of emails stolen by Russian hackers and posted online had suggested. I’d had my suspicions from the moment I walked in the door of the DNC a month or so earlier, based on the leaked emails. But who knew if some of them might have been forged? I needed to have solid proof, and so did Bernie.” Brazile used the piece as an opportunity to trash Debbie Wasserman Schultz as a bad manager and terrible fundraiser who was not interested in her position and let the Clinton campaign take full reign over the DNC. - Donna Brazile Reveals How The Clinton Campaign Took Control Of The DNC In New Book
at 10:14 AM