Playing the Lottery While the Ship Goes Down 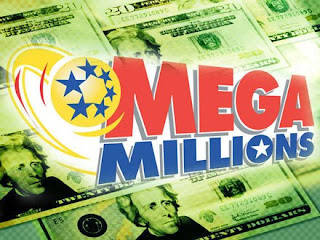 As I stood at the urinal I was asked a question. I replied that my mind was on the economy (everyone at work was talking about the stock market decline) and the response was a second question, did I ever play the lottery. No, not in a long time. I was musing on this one recent stroll through an open air mall, passing the shops filled with goods I can not afford to purchase, and approaching the little information booth where you can also buy a ticket to dream of unearned millions coming your way. I stopped to look at the jackpot numbers, more money than I could spend in a lifetime (until the Fed's hyperinflation destroys its purchasing power) and momentarily considered pulling at least one small bill from my wallet. I walked on with my cash intact, knowing the odds and the foolishness of such fantasies.

Behind me I could hear the water running and the motion detecting auto paper towel dispenser releasing its roll, and then the tearing. "Well", said the co-worker, "I'm going to go buy some tickets. I stopped for awhile because I realized how much I was spending. I used to play twice a week for both draws, three plays for each lottery and then, because I was in the 7-11, I'd also end up getting some junk food too. I was spending at least 60 or 70 dollars a month on my habit." A pause, thoughtful or not. "But now it's time to start playing again."
at 9:50 AM

Email ThisBlogThis!Share to TwitterShare to FacebookShare to Pinterest
Labels: collapse of the empire, economy, lottery