After 9/11, the government began encouraging local police, private security and everyday Americans to report so-called "suspicious activity" that may indicate a security threat. Taking photos of landmarks, walking "nervously" and writing in a notebook are all activities that have led to people being stopped and questioned. Could you be next?

The TSA, DHS and countless other security agencies have been established to keep America safe from terrorist attacks in post-9/11 America. How far beyond that does the feds’ reach really go, though? ... Testimonies delivered in recent weeks by former employees of the National Security Agency suggest that the US government is granting itself surveillance powers far beyond what most Americans consider the proper role of the federal government. ... In an interview with “Viewpoint” host Eliot Spitzer, Drake said there was a “key decision made shortly after 9/11, which began to rapidly turn the United States of America into the equivalent of a foreign nation for dragnet blanket electronic surveillance.” These powers have previously defended by claims of national security necessity, but Drake says that it doesn’t stop there. He warns that the government is giving itself the power to gather intel on every American that could be used in future prosecutions unrelated to terrorism.-NSA whistleblowers: Government spying on every single American 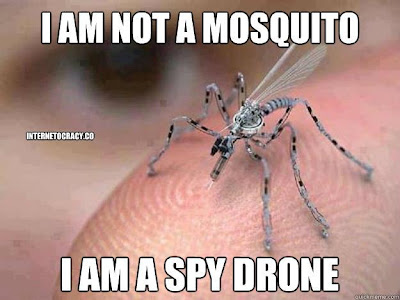