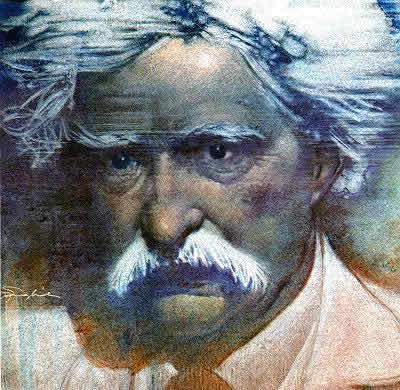 Of the demonstrably wise there are but two: those who commit suicide, & those who keep their reasoning faculties atrophied with drink.
- Notebook, 1898

I do see that there is an argument against suicide: the grief of the worshipers left behind, the awful famine in their hearts, these are too costly terms for the release.
- Letter to William Dean Howells, 13 July 1889

I would not be a party to that last and meanest unkindness, treachery to a would-be suicide. My sympathies have been with the suicides for many, many years. I am always glad when the suicide succeeds in his undertaking. I always feel a genuine pain in my heart, a genuine grief, a genuine pity, when some scoundrel stays the suicide's hand and compels him to continue his life.
- Autobiography of Mark Twain, Vol. 2 (2013), p. 45-46. Dictated 11 April 1906.
at 7:54 PM