No Pride, No Shame 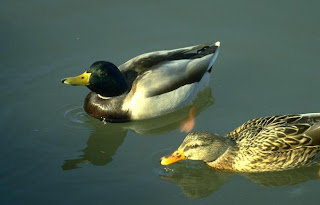 I took a walk on Sunday. Sundays were made for walking. It always seems so quiet, especially early in the morning (though I usually like to catch CBS Sunday Morning first before doing anything else, it's one of my favorite weekend programs) and I think that is the best time for walking. I went by the canal that is near here. On one side of the canal is a paved road for pedestrians and bicycles and on the other side, where I walk, is a dirt path. Lots of dog owners take their pooches for walks on the dirt side. I don't know what it is about dog owners (and by the way, I do not hate dogs at all) but are these people more inconsiderate than the general population or what? Maybe the whole society has drifted so far from concern for others and into total selfishness that no one gives a damn anymore, so maybe its not just certain groups, but yesterday on my walk I had to leap over huge piles of steaming dog crap several times. Ever hear of a pooper scooper jerks? Or do you think the world is your doggy's toilet and to hell with everybody else? These dog lovers of course won't let Fido do his business in their yard, that would be disgusting and they'd have to clean it up. It's so much easier to force other people to look at it and step in it, isn't it? You have no shame, lazy dog owners!

Further on I finally saw some huge fish in the deeper water of the canal. They looked as if they were shadows, make believe fish created by an artist. I usually see some ducks on the water, but this time I didn't at first and I figured they must be up the other way where they would be out of view. Finally I did see a pair of ducks, a male and female and their two little ducklings. It was a traditional duck family, I guess. They floated away and I continued on until I reached the end of the path and came to a busy street. I walked down the sidewalk, heading for the local drug store to browse for a few minutes before going home. All along the street and the sidewalk I noticed trash everywhere. Soda cans, broken glass, paper fast food bags and miscellaneous junk. It looked like most of it had been there a while, though new trash continued to be added. I wondered why no one has tried cleaning it up. I also wondered again about people and why they just throw their garbage on the street. That is a habit I never picked up. I have too much respect for others and the community to toss my trash on the street or anywhere else outside a proper trash receptacle. The people who do such things have no shame and no pride at all.
at 7:40 AM