Rand Paul Drones On and On... for Hypocrisy 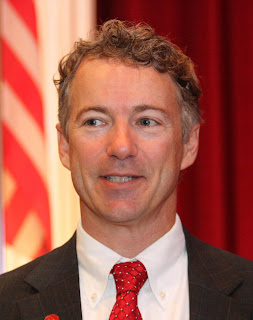 As a matter of both national security and immigration policy, though, it is absolutely essential that we both secure our border and modernize our visa system so we know who comes and who goes on travel, student and other temporary visas. It is vital all other reforms be conditioned on this goal being met.

Border security, including drones, satellite and physical barriers, vigilant deportation of criminals and increased patrols would begin immediately and would be assessed at the end of one year by an investigator general from the Government Accountability Office.

You can read the rest of Rand Paul's drivel here.
at 9:03 PM